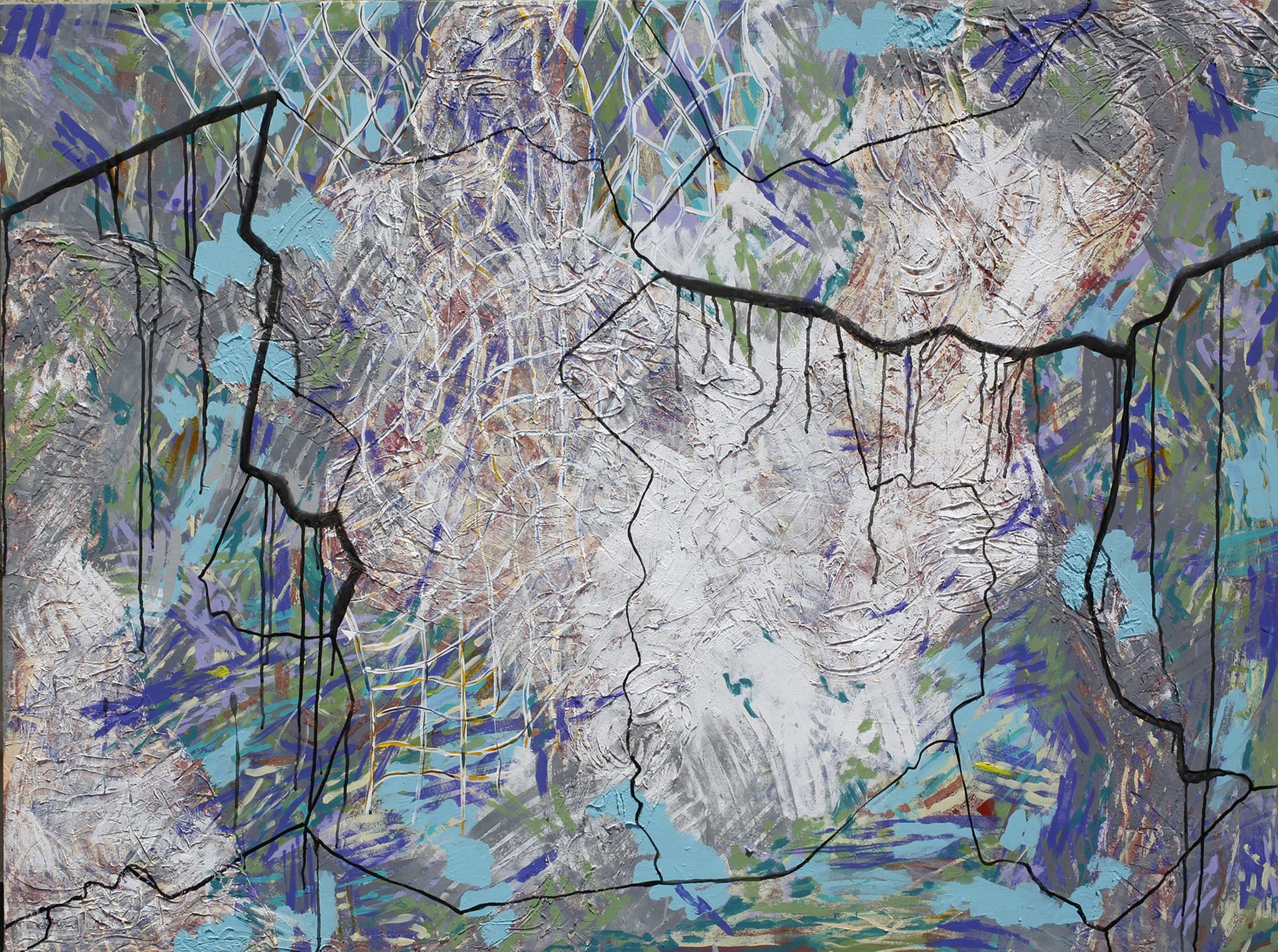 The works of Avivit Ballas Baranes deal with questions of boundaries, transitions, intermediary areas, and definitions of place, language and identity. Expressing complex ideas that are integrated within an entire well-formed worldview, her works are gathered into series, each one of which addresses through visual and verbal images a different idea that is interwoven into this same ideological treatise. Her paintings cannot be reduced to a visual experience of color and shape; rather, they also touch upon concrete material, which endows the work with a conspicuous physical dimension. Their presence leads to the aspiration to preserve the tension between the spirit and the material, and to exist on the razor-thin borderline where things are neither exclusively spirit nor exclusively material.
The paintings displayed in this exhibition were created over the past decade and are taken from the series “Libraries,” “Stream of Reading,” and “Space – Spirit – Hole.” The series “About Forgetting,” from which this exhibition takes its name, deals with the preservation of cultural memory as a means of escaping from loss, forgetting and ignorance. The works engage in the possibility of an analogy and a visual resemblance between geological processes that mainly take place close to the intersections of the tectonic plates that are connected to the phenomenon of continental drift, and the neurological processes that take place in the human brain, producing “spaces” in the brain that reduce consciousness, and cause knowledge and functioning to leak away.
The colors in these works, thrilling even in the monochromatic images, show a great deal of daring and reveal a distinctive painterly language with a powerful presence. This well-structured language, which is mainly abstract, produces multilayered paintings whose thick coats of paint add three-dimensional volume. Ballas Baranes paints in large formats on canvas and plywood, using mixed mediums including professional filling powder, sand, sawdust, acrylic and oil paint, ink, chalk, lacquer and more. Sometimes her collages also incorporate texts she has written which contain wordplay and multi-meaning images that correspond with the visual image, which in turn endow the verbal concepts with a physical and visual presence.
Avivit Ballas Baranes's works are situated on the seam line between poetry and painting, in search of boundaries and potential multidirectional leakages between various mediums of creation. She does not illustrate with the help of one medium or another; rather, she examines possibilities of bridging and points out the places where the painted becomes the word, and the word reveals its visual side, amid a constant need to give to material, words – and to texts, a material body.