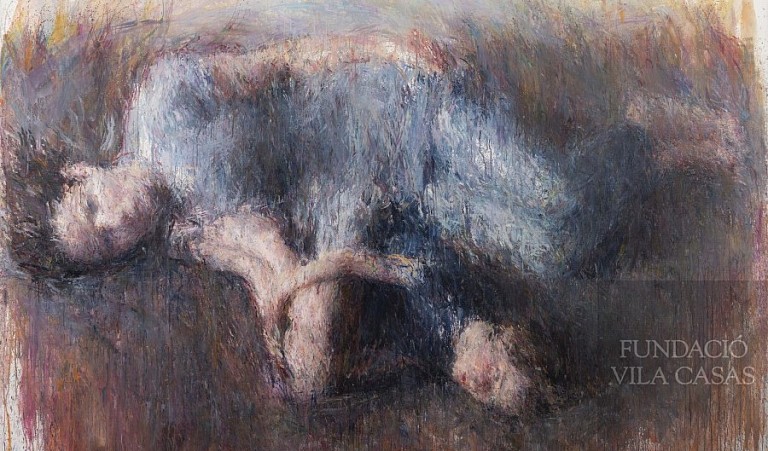 The French-Israeli painter Daniel Enkaoua, who settled in Barcelona almost twenty years ago, researches the human figure with an unusual intensity. By following the same models year after year and by magnifying their vulnerability, the artist endows his characters with a capacity for a fascinating irradiation, both chromatic and psychological; it is a simultaneously powerful, material and spiritual presence.

In Enkaoua’s artwork, human figures are found at the intersection between two other themes which interest him: the humble object, still lifes with an impressive simplicity and density; and the landscape, bright, ascetic immensities that create an especially eloquent mirror of the Israeli deserts and the vastness of the Penedès and Catalonia.

This exhibition, curated by the writer Grégoire Polet, brings together the essence of Enkaoua’s work, in addition to earlier works that are considered to be indispensable.